causes of disease from a TCM perspective 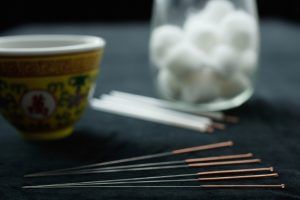 Disruption of the physiologic or physio-environmental balance is the starting point of all disease in the body.  Imbalance is attributable to internal, external and neutral causes known collectively as the “three causes”.

External causes originate outside the body and include the 6 excesses (climates) and pestilential qi.   In Traditional Chinese Medicine we understand that everything in the universe is interconnected and it is the Six External Energies that can cause disharmony in the body.  These Six External Energies are Wind, Cold, Damp, Heat,  Summer Heat and Dryness.  Wind, Heat, Summer Heat and Dryness are Yang pathogenic factors, while Cold and Damp are Yin pathogenic factors.  The External causes involve a struggle between harmonious qi and disharmonious qi.

Internal causes originate in the inner body and create dis-ease, damage, disharmony, illness by one of the 7 affects (your emotions).   In Traditional Chinese Medicine the Seven Emotions that are internal causes of disharmony are known as Anger, Joy, Pensiveness, Worry, Sadness, Fear and Shock.

The Seven Emotions relate to the 5 Elements (Wood , Fire, Earth, Metal and Water) and the organs of the body.

Neutral causes are those that result from a lack of restraint in daily life and include dietary irregularities, taxing fatigue (mental or physical overexertion), sexual intemperance, external injuries and parasites.  In Traditional Chinese Medicine, constitutional factors, ie genetic makeup (both physical and energetic) are also considered as Neutral causes.

Static blood (bruises) and phlegm are Secondary causes originating from one of the former causes.